HC Plastics News: Degradable plastics that can be disposed of with food residues will be placed on shelves for five years, as long as scientists can find the original way to use "gum" for packaging. 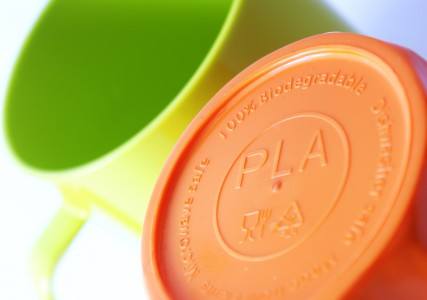 Researchers at Warwick University in the United Kingdom have discovered a natural colloid called lignin, which combines fiber-reinforced fibers to harden the tree and also into a hard and malleable plastic. Wood ropes are a by-product of papermaking. Although it is very useful for plants, it makes the wood pulp paper brittle and quickly discolored, so it will be removed.

Lignin in its natural state is useless, but Tim of Warwick University. Professor Bagh has invented a method to turn this gel into a useful chemical with genetically modified bacteria.

He found that a species of Rhodococcus, which is found in the soil, feeds on this gum and can genetically alter the bacterium to a large amount of lignin into a degradable plastic.

Professor Bagh said in a briefing on how to deal with the global problem of discarded plastics in central London: "I have been studying lignin for 40 years. At the beginning, people said "you are wasting time", but now they think it is there. possible. Still difficult, but it is possible. â€

Only a few organics can break down the wood rope, and Professor Baghâ€™s team used the genetic material of the two strains to speed up the process. He added: "This bacterium usually grows on lignin and breaks it down into small molecules for food. We are trying to intercept this process and let it do something for us while growing. The lignin is complex and decomposed. After getting a complex mixture, but fortunately these bacteria can bring everything together. We hope to be fruitful in five years."

The government is committed to stopping plastic disasters and is committed to ban single-use products. Plastics are increasingly accumulating in the ocean, jeopardizing marine life. Plastics are known to be difficult to degrade. Only 12% of domestic waste is reprocessed, and other waste is burned or landfilled.

British Prime Minister Teresa May announced in April this year that she would look for a new way to solve this problem with Â£60 million. She called plastic waste "one of the biggest environmental challenges facing the world."

The world produces more than 300 million tons of plastic per year, 10% of which flows to the sea. It is estimated that the current ratio of plastics to plankton is 1:2. If not controlled, the weight of plastics will exceed that of fish by 2050.