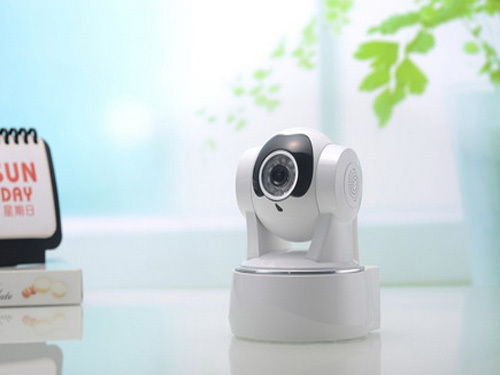 In 2003, the "Safe City" first appeared before the public. Security construction has been paid attention to by various cities. HCR (Huichen Information) has also conducted an overall understanding and analysis of China's security and video surveillance market. From 2006 to 2010, China's security and surveillance market entered a growth stage. During this period, a number of major incidents have occurred, including the Olympic Games, the World Expo, coal mines, and railways. The international event's demand for safety monitoring and the warnings of major accidents on security have raised the nation's security awareness and security construction level from two aspects. After 2010, in addition to public security-related policies, various laws and policies promulgated by the state have emerged relating to the construction of smart buildings, Internet of Things, etc., and have successively approved pilot cities for â€œSmart Citiesâ€ to ensure the sustainable development of the security market. .

I. Overview of Security and Video Surveillance Market Development

In 2012, the scale of the security industry market increased by 17.8% from 2011. Due to the increase in the size of the industry and the decline in investment in fixed assets, the growth rate of the security industry has declined slightly in the past three years. In the subdivided areas, the integrated development trend and the average size of the system have expanded, and the growth of BT and BLT model projects has been rapid. The growth rate of security projects has been greater than that of security products.

HCR believes that at present, China's security and video surveillance markets have generally improved in recent years, and the market has good news. Government investment has driven the steady growth of the video surveillance market, and the improvement of security awareness will promote long-term development. The main factors that drive its market development are: 1. The demand for smart cities and intelligent transportation continues to grow, and a variety of ways have also driven government investment and promoted security platforms to be integrated, specialized, practical, and intelligent. The demand for a system platform that brings openness and overall capabilities. 2. It is not only the security construction of government departments such as public security information, but also the demand for security monitoring in various application industries, such as the upgrading and networking of financial industry monitoring systems. 3. The continuous improvement of social security awareness has led to the development of practical needs in public demand and application industries.

In the future market development, Ping An City and the transportation government investment drive the development of the market, and the rational demand growth of oil/natural gas industries will tend to be gentle: 1. Safe City: In the first half of 2012, the Ministry of Public Security issued the â€œTask Bookâ€ Promote and standardize the construction of safe cities and smart cities and drive related investment. 28% of investment in safe cities is for video surveillance. In the coming period, the construction of safe cities will promote the rapid development of the video surveillance market. development of. 2. Large-scale transportation: Western infrastructure construction and the continuous deepening of urban rail transit in the eastern and eastern regions promote the development of video surveillance systems, but the growth rate is lower than that of Pingan City. 3. Finance: The financial service industry is the key to the development of the security monitoring industry. Various video surveillance systems and alarm systems are gradually applied to banks. With network construction and system upgrading, networked, intelligent, high-definition and integrated systems will be further developed. 4. Oil/natural gas: The country does not require the mandatory security monitoring system for oil fields, but each oil field has related systems, but there are few new oil fields, mainly updating demand, and the future growth rate will be lower than other industries.