Analysis of the application of intumescent additives in plastics 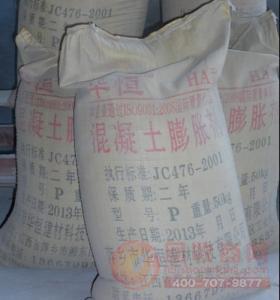 The expansion property is produced by the co-action of coking and foaming of the burned polymer surface, and is currently widely developed for flame retardancy, which is characterized by a small impact on the environment. Among all flame retardants, intumescent flame retardants have received great attention because they have the least total fire hazard during fire protection. The earliest expansion coating material was patented in 1938, and the expansion flame retardant mechanism refers to the formation of a foam insulation barrier between the fire and the substrate. In particular, its expansion depends mainly on the ratio of carbon, nitrogen and phosphorus atoms in the compound. Although the intumescent coating provides a good fire protection effect on the substrate, it also has some disadvantages such as water solubility, painting problems, and high cost.

All of the compounds mentioned above - polyphosphoric amines, melamine, hydrazine and its salts - are clearly acceptable for the environment. The mechanism of Pa-6 with polyphosphoric acid (aPP), pentaborate (NH4B5O8, aPB), melamine and its salt was studied by combustion and thermal decomposition. The results show that aPP reacts with Pa-6 to produce alkyl polyphosphate, which is the precursor of expanded carbon. On the surface of the burning polymer, aPB forms an inorganic glassy layer that prevents carbon oxidation and prevents the diffusion of combustible gases. Melamine and its salts break the HCC(O) bond in Pa-6, increasing cross-linking and coking of the polymer. Adding 10% to 30% by mass of aPP to Pa-6 has no effect in low molecular weight polymers (low molar mass) because the limiting oxygen index (LOI) remains at 23-24, which is equivalent to no flame retardant. Pa-6. However, when the amount of addition is 40% and 50%, aPP is very effective, and the LOI is increased to 41 and 50, respectively.

The proposed mechanism of aPP flame retardant Pa-6 is a condensed phase flame retardant. In fact, an intumescent layer is formed on the surface of the burned Pa-6/aPP system, which increases the content of aPP.

Thermal analysis showed that aPP destabilized Pa-6 because of thermal decomposition at 70 Â° C, which is lower than the thermal decomposition temperature of pure Pa-6. However, the intumescent layer effectively prevents the underlying polymer from being affected by the heat flow. Therefore, under the linear pyrolysis test conditions, the Pa-6/aPP (40%) system decomposes more slowly than the pure polymer. These experiments demonstrate the flame retardant effect of expanded carbon. The mechanism study of thermal decomposition of Pa-6/aPP system shows that aPP catalyzes and reacts with the decomposition of the polymer, and substantially forms 5-aminopentyl polyphosphate.

The performance of aPB in high molecular weight Pa-6 (Mn=35000) is similar to that of aPP measured by oxygen index, but contrary to aPP, aPB does not produce an intumescent layer, but forms a dense layer of brownish black glass. . As shown by thermal analysis, aPB destabilizes Pa-6 because the latter decomposes below 50 Â° C. It is possible that the boric acid released catalyzes the thermal decomposition of nylon. In contrast to aPP, no other chemical reactions were observed for Pa-6 and aPB. In fact, the residue obtained by thermogravimetric analysis of the Pa-6/aPB system in a nitrogen atmosphere corresponds to the residue calculated on the basis of each of Pa-6 and aPB. It is possible that a layer of boric acid/boric anhydride molten glass layer accumulates on the surface of the burning polymer to prevent carbon oxidation. This layer of carbon reinforcement creates a barrier layer that prevents volatile fuel from diffusing from the polymer to the flame, reducing the flammability of the Pa-6.

The mechanism mechanism of halogen-free flame retardant Pa-6 has been reported by adding melamine, melamine cyanurate, melamine oxalate, phthalate, melamine pyrophosphate or two honey. The amine phosphate does not enhance the combustion properties and thermal decomposition behavior of Pa-6. Melamine, melamine cyanurate, melamine oxalate and melamine phthalate promoted the melt dripping of Pa-6, and the dripping increased as the concentration of the additive increased. These systems self-extinguish very quickly in air and their LOI index increases with increasing concentration. The melt dripping effect is more pronounced with melamine phthalate, and a small amount of additive (3% to 10%) greatly increases the LOI (from 34 to 53).

The melamine pyrophosphate and dimelamine phosphates have different combustion properties than melamine itself and other melamine salts. The former does not work at a concentration of less than 15%, and is effective when the amount of addition is increased to 20% to 30% because at this time, expanded carbon is formed on the surface of the burned sample. The flame retarding mechanism of melamine pyrophosphate and dimelamine phosphate is similar to that of aPP because, similar to ammonia, melamine volatilizes, and residual phosphoric acid and Pa-6 form the precursor of carbon, the ester product. The released melamine partially agglomerates and may form the derivatives melem and trimeric dicyandiamide. The melamine fraction volatilized from the Pa-6/melamine (30%) component, while the other fractions agglomerated, producing 8% solid residue at 450 C. However, melamine cyanurate exhibits residues with similar properties and higher thermal stability. Melamine pyrophosphate, like dimelamine phosphate, produces about 15% of thermally stable charcoal. As previously mentioned, it is possible that a glassy layer of molten boric acid and boric anhydride accumulates on the surface of the burning polymer to prevent carbon oxidation. The carbon-reinforced glassy layer forms a barrier layer that prevents volatile fuel from diffusing from the polymer to the flame, reducing the flammability of the Pa-6.

As shown by the infrared characteristics of the solid residue and the high boiling product, a carbodiimide functional group is formed in the thermal decomposition of Pa-6/melamine and its salt system. An unusual chain cleavage mechanism through the Pa-6CH2-C(O) bond in the presence of melamine is likely to play a role. The final isocyanate chain ends are dimerized to produce carbodiimides or trimerized to produce isocyanates. The carbodiimide can also be trimerized to an N-isotriazinyl ester. These side reactions increase the thermal stability of the solid residue and also increase the yield of char.

In order to better understand the chemical reaction that causes the aPP/pentaerythritol (PER) mixture to swell, as an example, the thermal decomposition of pentaerythritol diphosphate (PEDP) was investigated. PEDP is a typical compound used to identify the structure of aPP/PER mixtures when heated below 250 Â°C. Thermogravimetric analysis (TGa) identified five major decomposition steps from room temperature to 950 Â° C, with volatile products released at each step. The formation of the foam at 325 Â° C reaches a maximum value, which corresponds to the second step of decomposition; at higher temperatures, the formation of foam is reduced. In nitrogen or air, there is no difference between the TGa curve and the differential scanning calorimeter (DSC) curve at temperatures below 500 Â°C. Above this temperature, thermal oxidation allows the volatilization to be completed almost in one step, essentially at 750 Â°C. If each step is studied separately, the interpretation of the chemical reactions that occur during thermal decomposition is much simpler. The step of heating to a certain temperature can be separated, at which only one step is completed, followed by a reaction at a negligible rate. The chemical reaction that takes place in the first two steps leads to the initial formation of a carbon-like structure that will undergo subsequent graphitization.

The first reaction is dehydration and condensation of the hydroxyl groups. When 28% of water is likely to be precipitated, this step is carried out simultaneously with the removal of organic matter. This means that the phosphate bond is completely broken at all, producing a mixture of polyphosphoric acid and carbonaceous carbon. Three mechanisms for this reaction are proposed in the literature: free radical mechanism, cation mechanism and ring removal mechanism. There is no free radical inhibitor at the pyrolysis rate, thus eliminating the free radical mechanism. The cation mechanism is based on acid catalysis and kinetic behavior and may compete with the ortho-dissociation mechanism.

If there are no hydrogen atoms on the Î²-carbon, then only the cation mechanism acts, as in the PEDP, which is necessary for the ring transition state of the removal mechanism. Olefins are synthesized using the thermodynamically most stable cations. Hydride migration or backbone rearrangement may occur, resulting in more stable high activity cations. In the ionic ester pyrolysis mechanism, after ring opening, a paraester pyrolysis reaction occurs, which may also occur by the ortho-removal mechanism.

The free radical reaction or acid catalyzed polymerization of the compound produced by pyrolysis forms carbon. For example, the Diels-Alder reaction is followed by pyrolysis of the ester and Ïƒ(1,5) displacement to produce an aromatization structure. These steps are repeated to eventually build up the measured carbonaceous carbon. These reactions are likely to proceed in an irregular sequence, competing with other processes; the final product is obtained by some random combination of polymerization, Diels-Alder condensation, and aromatization. Ester pyrolysis produces a chemical structure that forms a coking material through a relatively simple reaction.

Nuts have internal machine threads, for use with machine thread bolts and screws.We have a large selection of nuts.Different materials and different type.Aluminum material,stainless steel materials,steel materials,titanium materials etc are provided. Flange lock nuts,Flange serrated lock nuts,self-locking nuts,hex nuts etc are our popular types.Any sizes and colors could be customized. If you don`t see the nuts you required in our catalog, please send us an RFQ with your specificationns. We could produce or customize them to fulfill your unique needs including anodised colors.